What can you do with the last weekend of February in 2016? The extra day falls on a Sunday and the weather is supposed to be back to perfect Florida weather with plenty of sun and a cool breeze. It’s the perfect weekend to spend on the beach.
Community First Seawalk Music Festival, Feb. 27 and 28 The 4th annual Community First Seawalk Music Fest returns on on February 27 & 28, 2016. The festival celebrates our rich and diverse local resources with all local artists, crew, volunteers and food vendors. This free, two-day event is held on the beach at the Seawalk Pavilion; located on Ocean Street, just behind Jacksonville Beach City Hall.

Beachcomber Restaurant in St. Augustine Enjoy a meal and the view when you eat at the local favorite Beachcomber. Order the red beans and rice or the steamed shrimp and you can’t go wrong!
Players by the Sea Feb. 27 and 28 at 8:00 p.m. Blocks from Jacksonville Beaches, take in a show at Players by the Sea. Mothers and Sons is the story of Katharine and her grief over her son’s death from AIDS twenty years earlier. This compassionate play examines the transformative power of forgiveness and our evolving definitions of marriage and family. Tickets are $23 for general admission and $20 for senior, student, or military discounts.
Enjoy your weekend and remember to wear sunscreen! We would love to see how you are enjoying your extra day in February. Post a picture on our Facebook page.

Enjoy old traditions and make some new ones with family and friends. The weather is supposed to be gorgeous this weekend. After watching the game on Thursday, plan a few festive activities.

Do some local shopping at Riverside Arts Market. Enjoy Small Business Saturday at the Riverside Arts Market with more than 100 locally-owned, small businesses and thousands of unique gift ideas in a single location. Bring visiting friends and family to enjoy the vibrant atmosphere of North Florida’s favorite outdoor arts and entertainment venue this Thanksgiving weekend, then walk over to the Cummer Museum and Gardens.

Decorate your home for the holidays. “Haul out the holly”—Whether you are ready to deck your home in twinkle lights or prefer a subtle wreath on the front door, we would love to see your favorite ways to decorate. Pop over to our Facebook page and post a picture. Live Christmas trees are for sale at many locations in Jacksonville.

Watch the Community First Jacksonville Light Boat Parade. Saturday, 7PM Downtown Jacksonville. Whether you’re a seafarer or landlubber, you are sure to be dazzled by the annual Community First Jacksonville Light Boat Parade. The parade has become a tradition for thousands of families and out-of-town guests who eagerly await the transformation of the St. Johns River. Boats of every shape and size are adorned with decorations that captivate senses and stimulate imaginations. This enchanted night is topped off by a fireworks display like no other, featuring the signature bridge “waterfalls.” Admission is free. For more information, click here.

We hope you have a Happy Thanksgiving and a great weekend.

Moving to a new city can be stressful. You’re leaving behind familiar stores and places—not to mention friends and family! Jacksonville is a diverse city perfect for families, young professionals, retirees and entrepreneurs. You’re bound to feel at home in no time if you follow our tips:

We know that whether you come to Jacksonville with a new job, to join family and friends, or to retire, you will find many things to do to keep you engaged in the community. 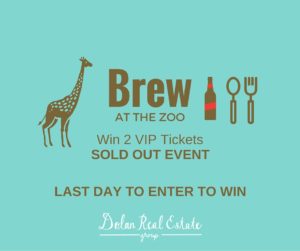 Today is the last day to register to win 2 VIP tickets to Brew at the Zoo! This popular fundraiser for Jacksonville Zoo sold out for the 9th annual time. Attendees will enjoy unlimited tastes of over 100 craft and import beers and sample food and drink from over 40 local restaurants.

The cause is great and the entertainment is pretty good too. Best of luck to our more than 100 entries! You can still enter to win 2 VIP tickets until MIDNIGHT on 9/15/15.

For more information about the contest and to enter, click here.

Architect Robert Broward’s contributions to Jacksonville are seen around the city. His passing earlier this year was a great loss. He was a protege of Frank Lloyd Wright and known for many signature buildings still standing in Jacksonville. His design for the Unitarian Universalist Church of Jacksonville and the Jacksonville Art Museum, both in 1965, are phenomenal examples of his talent and personality.

Another of his great works in Jacksonville is Arlington’s Butterfly House on Wildwood Rd. This home was in the 1957 Parade of Homes and was designed as a spec house. Wayne Wood, lead author of “Jacksonville Architectural Heritage: Landmarks for the Future,” describes Broward’s approach as a lofty philosophical one designed to educate the public. He created the home as the beginning of a movement to what is now the ranch style house.

The “Butterfly” nickname for the house is so-called because of the inverted roof. Broward designed the roof to harness the Florida rains to flow into the front fountain and create a breathtaking piece of art.

The bedrooms are across the front with private gardens for each. Floor-to-ceiling windows provide natural light and a connection to nature. The existing wrought iron was not part of the original structure. Broward kept the home as open as possible and created rooms that naturally flowed into the next.

On either of the side exterior walls, concrete planters provided the perfect space to add greenery to the concrete modular units that make up the house. Most of the planters are still there but some have been broken off by vandals.

This will be a gorgeous home once it is again returned to its original glory. Read more about the fate of the Butterfly House in the Times-Union article by Tiffanie Reynolds. 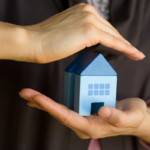